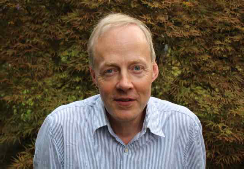 Hugh Markus is Professor of Stroke Medicine and Consultant Neurologist at Addenbrooke’s Hospital in Cambridge since 2013. Prior to this he was Professor of Neurology at St George’s London. He has a longstanding clinical and research interest in CADASIL. Soon after the discovery of the CADASIL gene by the Paris group he set up genetic testing for CADASIL in the UK. His research in CADASIL has included better ways to diagnose it, and a better understanding of what factors make the severity of CADASIL differ between different people with the gene.

He runs a national clinic for CADASIL which he first set up at St George’s and has now moved to Cambridge. He has established a website for CADASIL (www.cadasil.co.uk) which provides in formation for doctors and patients about CADASIL.

With Jessica Walsh, he has started yearly meetings for CADASIL patients and their families at Addenbrookes Hospital in Cambridge to discuss CADASIL as a condition, research that is ongoing and also has guest speakers from other countries to discuss their own research.

Due to his knowledge with CADASIL, his involvement with patients and his worldwide respect, there is nobody else we would have asked to be Patron of our charity than Professor Markus and are so happy that he accepted our offer.